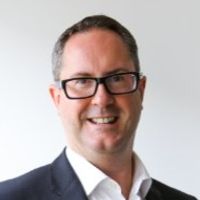 2019 was a year of record VC investment in SpaceTech ($4.1bn invested according to Seraphim’s Space Index). The year the promise of mega-constellations started to be become a reality and Space officially becoming a military arena. With Apple unofficially entering the fray for delivering ubiquitous connectivity, 2020 has a lot to live up to.

Although it may well be that headlines will focus on the race to go back to the Moon, deep space exploration and human space flight, we at Seraphim believe that the impacts SpaceTech will have back down here on Earth will be real talking points in 2020.

Below are just some of the many areas across the SpaceTech ecosystem that we are most excited about this year:

In 2020, mega-constellation start-ups will need to start demonstrating technical and commercial viability after years of multi-billion dollar investment and successful initial launches last year. At the same time, they still need to overcome hurdles such as cost-effective and flexible antennas and competition from new GEO high throughput satellites (HTS) and terrestrial alternatives to deliver broadband to the world’s 3 billion unconnected. Smallsat telecom constellation, Leosat, has already flamed out after failing to raise additional funding from its earlier investors. SpaceX is leading the pack with 120 satellites in orbit and plans to start service in mid-2020, while OneWeb targets deploying its constellation this quarter. Not all new entrants will succeed, but we will likely see one or two players beginning limited operations in 2020 starting with government and commercial services in the mobility markets.

The majority of New Space venture investments over the last ten years have gone into upstream hardware (launch and constellations). While emerging leaders will continue to get funded by their early investors, fund raising will become more challenging for another “me too” small launch and constellation company without a unique value proposition. As fund-raising becomes more challenging, M&A will increase. On the M&A front, we expect category leaders, incumbents/defence primes to make selective and strategic acquisitions to expand into adjacent markets or gain competitive capabilities. On the telecom side, M&A will continue the trend toward consolidation resulting from pricing pressure that puts a ceiling on stock prices. We will also likely see some failures as newer, smaller companies miss milestones and struggle to raise additional funding. Small launch company, Vector, is one example. Investors in Earth Monitoring are shifting activities from hardware to software as future space systems demand more flexibility, security and autonomy. These areas include GPS alternatives for resilience and position and navigation in GPS denied areas, precise location intelligence, cybersecurity to ensure network and data integrity, Artificial Intelligence (AI) to extract insights from geospatial data, on-board and edge processing and enabling autonomous vehicles.

The lower cost of New Space has enabled more countries to launch their own satellites. Given the importance of Space to everyday life and security, space has become a contested domain for the US with the rise of China and Russia. The large and growing US defense budget for Space ($14B FY2020), the creation of a Space Force and interest in leveraging commercial tech makes the US military a solid anchor customer for start-ups with the right solution. Areas of US military interest include satcom, missile defense, GPS, weather and ISR (Intelligence, Surveillance and Reconnaissance).

With its ability to image the Earth day and night and through clouds, synthetic aperture radar (SAR) has the potential to revolutionise the Earth Observation market. Until recently, SAR satellites were typically the preserve of a handful of Western Governments, costing $ hundreds of millions each. The advent of New Space has changed this, with small, highly capable SAR satellites costing as little as 1/100th now viable. This means that for the first time, large constellations of SAR satellites capable of revisiting areas of interest every few hours will now become a commercial reality. Such a paradigm shift is expected to unlock a wide array of new SAR-enabled uses cases both for governments and corporations. The prize for whoever delivers on this potential could be huge.

There are currently just a handful of start-ups are vying to dominate the emerging smallsat SAR market such as Iceye, Capella Space, Synspective and Umbra Lab. Of these,  Seraphim portfolio company Iceye has stolen a march on its would-be competitors as the first company to launch commercial services from an initial constellation of 5 satellites. Whilst Iceye is expected to accelerate the deployment of its constellation during 2020, we also expect several other new market entrants in both the US and Asia to launch their inaugural commercially viable satellites. Each of these companies have different technical approaches, different imaging capabilities and a focus on different market segments. 2020 will show which of these contrasting approaches holds the most merit and hence which company is primed to become category leader.

Launching satellites into orbit in a reliable, timely and cost-effective manner remains one of the biggest constraints within the New Space ecosystem. The current imbalance between supply (i.e. spare capacity on large rockets) and demand (i.e. cubesats / smallsats wanting to launch) is being exacerbated by the requirement for the likes of OneWeb and SpaceX to launch hundreds of satellites as they build out their megaconstellations. Resolving these issues is arguably the most pressing pain point for the ecosystem as a whole.

We expect dedicated smallsat launchers – led by Rocket Lab – to continue to make in-roads in to the market. Whilst several other companies such as Virgin Orbit as slated to commence commercial operations / inaugural missions during 2020, it is likely to be several years before the cadence of launches from these dedicated smallsat rockets gets anywhere close to meeting market demand. In the meantime, we expect innovations around the rideshare model to start to have a big impact on the market. SpaceX’s move to offer dedicated rideshare rockets exclusively for cubesat / smallsats could become a game changer for the industry both in terms of price, flexibility and regularity / reliability of launches. ArianeSpace / Vega following suit, the dedicated rideshare model looks like it is here to stay.

Building on these developments, we also expect 2020 to be a big year for ‘space taxi’ providers who pack a number of different ‘passengers’ / cubesats into their own spacecraft that having hitched a ride on a larger rocket (i.e. SpaceX Falcon 9), then fly around orbit dropping their passengers at their precise destinations. Momentus and Serpahim portfolio company D-Orbit both have their inaugural space taxi missions already booked in for the first half of 2020.

With the starting gun fired on launches of mega-constellations over this past year (OneWeb and SpaceX), and with other big players to come, LEO is getting more crowded across various orbits. There’s a healthy debate about whether the 25-year guideline for de-orbiting satellites is too long a timeframe, with many (including the DG of ESA and CEO of OneWeb) calling for a much shorter period for satellite operators to aim for. Whilst we don’t expect these best practice guidelines to become rules any time soon, attention has shifted positively towards space situational awareness and safety because of the predicted growth in the number of satellites in LEO. In its most recent Ministerial meeting at the end of last year, ESA has made ‘Space Safety’ a key pillar of its activities, including dedicating funding to the world’s first commercial space debris removal mission. In addition, in October 2019 Northrop Grumman launched its satellite servicing mission, MEV 1, as the first commercial in-orbit servicing mission to do rendezvous and docking with another spacecraft.

Add to all of this the fact that most satellite operators don’t even know about space debris smaller than 10cm in size (something our portfolio company LeoLabs is addressing with its next generation radars) and you’re left thinking about the catastrphic impact a LEO collision can have on valuable assets in space. It’s positive that the space community is taking steps towards giving this problem much greater focus, this year and surely in the years to come.

SpaceTech has a hugely important role to play in both monitoring / demonstrating the impact of climate change, as well as helping to combat it. This is a trend we expect to be increasingly at the forefront of the industry as both governments and corporations are held to account for their (in)actions.

Be it optical imagery, infrared, hyperspectral, or synthetic aperture radar (SAR), Space datasets will have a critical role to play in everything from measuring greenhouse gas emissions, the early detection of and response to natural disasters, through to the monitoring of our forests, oceans, rivers, farmland and weather.

Learning to do much more with less is set to be one of the defining mega-trends over the next decade. With the world’s population set to balloon by another 2 billion more people by 2050, based on our current consumption trends would require us to find by this time the equivalent to 3 Earths to provide the natural resources needed to sustain current lifestyles. Many people believe our only viable solution is to learn very quickly to use the Earth’s precious resources much more efficiently. By supporting the realisation of all of the UN’s Sustainable Development Goals , SpaceTech will be a key enabler. This is a key area that many Seraphim portfolio companies address  – including the likes of Spire, Iceye, PlanetWatchers and Bamboo Systems. 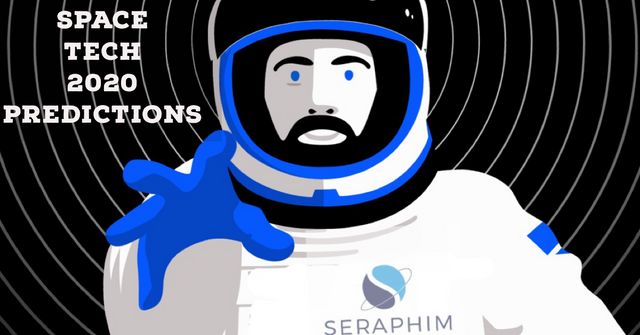 What Role Will Satellites Play in the Booming IoT Market?
Josephine Millward