According to the UK Space Agency's latest report on the 'Size & Health of the UK Space Industry 2018 Report', an average of 39 new companies have been added to the UK space sector every year since 2012. Furthermore, the UK continues to outperform the global space sector; since 2007/08, the UK has seen cumulative growth of 91% compared with world growth of 42%, equating to income for the sector of £14.8 billion.

There are plenty of reasons why the UK punches above its weight in the global space economy. Not least because of the UK Government's continued commitment to developing the capabilities of the UK space sector, from the upstream manufacturing end of the value chain, through to enabling a regulatory environment for launch capacity, to stimulating downstream data applications and analysis of space data. Government plays an important role as a potential customer of space businesses, but its innovation and enterprise agencies also play a major role in the lifecycle of space start-ups. Grant funding programmes are vital to helping businesses de-risk their technology, build early adopter / customer engagement and eventually scale products and solutions for a global market.

Another key reason why the UK is seen as a leading location for building a space business is that there is increasing interest within regions to cultivate and develop space clusters. Having worked at Harwell Campus (the UK’s space gateway located outside of Oxford that now plays host to 80 Space organisations, employing 800 people) for a few years, I realise the potential for collaboration that can happen when there is investment and resource dedicated to building an ecosystem. I’m equally encouraged to see other regions around the UK attempting the same, none more so than in Scotland.

Scotland has been successful in attracting some of the leading space sector start-ups to set-up major operations here in the UK. One of Seraphim's portfolio companies, Spire Global (headquartered in California), established an office in Glasgow 5 years ago and it remains the company's fastest growing office where it has built more than 80 satellites since 2014. According to Spire's CEO and Co-Founder, Peter Platzer, the Company looked for a European location that could offer the best access to:

- Human capital – the talent pool that is so vital to growing a business.

- Infrastructure capital – the local economy and investment in infrastructure that attracts human capital and companies to establish.

As the world’s largest venture capital fund dedicated to investing in space start-ups, we see first hand the interest that international companies have in developing capability here and partnering with UK companies. These businesses also recognise the combination that was so important to Spire in choosing a European location.

The UK has more to do in terms of partnerships being strengthened between the venture capital community, national funding organisations and local/regional enterprise agencies to help strategic sectors grow. But we should be thankful for the strong foundations we are building off in the UK and re-double our efforts to support domestic and international companies in accessing the world class talent and opportunities available for space start-ups here.

One of Seraphim's initiatives to support best of breed space start-ups establishing themselves in the UK is our Seraphim Space Camp Accelerator. Over half the companies across both cohorts to date were overseas companies from the US and EU, a number of which are now laying down roots in the UK. We’re in the process of selecting companies for the April 2019 cohort and will be working closely to develop a menu of economic and commercial options to help companies bridge to the UK.

Where Scotland won out was the access to risk capital, the flexibility and, importantly, the eagerness to support innovative companies – this really stood out here! 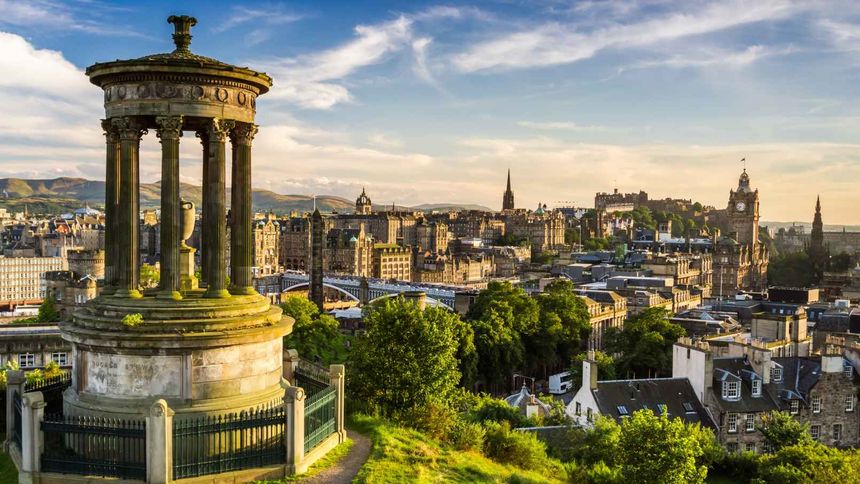 “One of the reasons we chose Glasgow as our European base was the very, very good support we got from Scottish Enterprise,” Peter Platzer, CEO @SpireGlobal #DATASPACE2019 #Glasgow #DDI

Our space industry continues to thrive, helped by our modern #IndustrialStrategy’s support for pioneers and innovators across the UK.

Announcing our investment in UltraSoC
Anonymous
Recent posts from SeraphimCapital