Video and Fixed Data revenues continue to decline; Networks for Gov’t, Mobility, Broadband and IoT are driving growth. We mentioned in our article “Opportunities and Challenges for Satcom Operators from World Satellite Week” in September last year that the industry is undergoing a major transformation and recent results validate this continuing trend.  GEO satellite operators struggled to grow their traditional satellite TV broadcasting and fixed data business in 2018 and provided flat to declining 2019 revenue guidance due to continued capacity pricing pressure. However, most operators saw growth in network connectivity, in particular for the Government and Mobility verticals. The Government market is driven by demand for secure, resilient global high capacity networks for military intelligence and situation awareness.  Mobility represents communications on the move, broadband access for ships, airplanes and vehicles. These market verticals, in addition to Satellite IoT services, remain key growth drivers for the Satcom industry.

Capacity pricing pressure accelerates; Oversupply and soft Video and Fixed Data demand. Satellite capacity pricing has fallen for the last three years by 32% - 57% across different applications and regions and this decline has accelerated over the last twelve months, according to Northern Sky Research. This is due to new capacity coming from High Throughput Satellites (HTS) and intense competition among existing players. Despite this, demand remains soft as Video, the largest satellite communications market, continues to lose subscribers to OTT (over-the-top) media streaming over the internet. This trend appears to be accelerating in North America; indeed, AT&T, parent company of Direct TV, recently announced it would not order any replacement satellites, signaling a potential exit from satellite TV altogether.

Early adopters of innovative technologies are well-positioned for growth in multiple markets. SES has been successful in growing its Networks business and delivered strong double-digit growth in this segment in 2018 driven by the Government and Mobility markets with its unique MEO network capability of high throughput and low latency global connectivity. In addition, Viasat reported record revenue growth and YTD bookings from Government, In-flight Connectivity and US consumer broadband supported by the highest capacity communications satellite ever launched last year (ViaSat-2).

Breaking into the $6 trillion-dollar telco data networking market is essential for satcom growth. Satcom capacity is expected to grow eight-fold from 1.3 Tbps in 2017 to nearly 10 Tbps by 2022 from new VHTS satellites and LEO mega-constellations, according to Euroconsult. However, satellites currently only account for 1% of the $6 trillion telecom data market. In order to break into this market decisively and gain market share, satcom operators need to rapidly innovate across the entire ecosystem in order to drive better economics and interoperability in space and on the ground.  This will enable satellite solutions to be an integral part of the mainstream data network with terrestrial fiber and 5G, and accelerate growth.

The number of connected IoT devices is expected to increase significantly in the coming years for both personal and commercial applications.  This has driven many smallsat startups to target the low-cost, high-latency narrow-band IoT market. Robust double-digit IoT subscriber growth of LEO satellite operators (Iridium and Orbcomm) in 2018 supports momentum in this market. While we think there are opportunities to drive down costs in satellite IoT, companies that can develop capable networks providing end-to-end applications and services will create greater value over the long-term. Iridium is executing well in existing verticals (Heavy Equipment, Consumer, Government, Transportation, Utilities and Manufacturing) and expanding into new markets such as UAVs, connected ships, aircraft and vehicles.

Keeping a close eye on the C-Band Alliance for 5G roll-out in the US.  The FCC is expected to issue a final order on clearing spectrum from the C-Band Alliance (Intelsat, SES, Eutelsat and Telesat) for wireless operators to accelerate US 5G rollout in mid-2019, but this is far from a done deal. FCC approval could bring the four operators as much as $40 billion to pay down debt and invest in new capabilities. However, influential US lawmakers recently threatened to prevent the FCC from allowing foreign satellite companies to pocket all that money. Comcast Corp. and T-Mobile US Inc. have separate proposals for the FCC to hold an airwaves auction to open up 5G-dedicated bandwidth that could bring billions of dollars to the US government. Alphabet Inc.'s Google and Microsoft Corp. have also come up with their own plans for the spectrum.

Below is a summary of communications satellite operators’ 2018 year-end results: 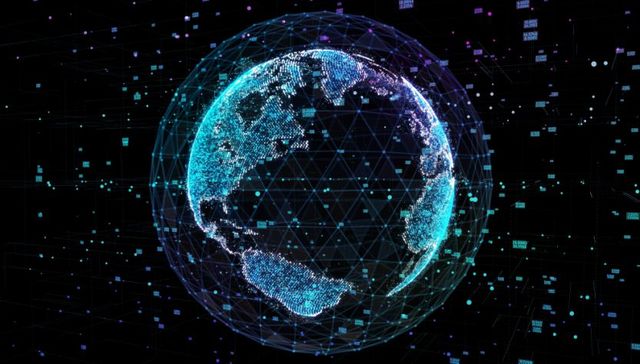