We attended the third annual Commercial UAV Expo Europe held in Amsterdam this month. Attendance almost doubled from last year with industry leaders and stakeholders gathered from around the world to show case products and services and share best practice. In this article, we provide our Commercial Drone Industry Trends and Outlook for 2019 based on takeaways from the conference, research and input from industry experts.

Bullish market forecasts about drones transforming industries have been driving multi-billion venture investments over the last 5 years. But enterprise adoption of drones has been slower and more cautious than expected in large part due to regulatory restrictions and safety concerns. Nonetheless, as we indicated in our article on “Drone Investment Trends; FAA Reauthorization” in November last year, 2018 was also a year of significant progress in terms of business case expansion and technology advancements, and looking ahead in 2019, we expect technology innovations in sensors, autonomy, AI data analytics, counter-UAS, combined with Beyond Visual Line of Sight (BVLOS) waivers and progress on Remote ID and UAS Traffic Management (UTM) to further accelerate commercial adoption.

Despite continuing regulatory constraints, market forecasts remain robust with Drone Industry Insights expecting the global drone market to almost triple from $14 billion in 2018 to $43 billion in 2024, delivering a CAGR of 20%.

Here are our key trends and outlook for the industry in 2019:

1)           Commercial adoption of Energy, Transportation, Construction and Agriculture sectors will continue to drive market expansion. Industry players reported corporates beginning to expand their use of drones beyond evaluation and pilots. An increasing amount of companies are building internal teams to manage drone workflows and data based on expanding user cases taking advantage of the waivers allowing BVLOS. According to Drone Industry Insights, Energy is the largest market vertical, followed by Agriculture and Construction. However, Transportation is the fastest growing segment, driven by inspection and maintenance of infrastructure, and could become one of the largest markets in the coming years with flying taxi, drone delivery and autonomous vehicles.

2)           Expect waivers to support expansion and progress on Remote ID and UTM in 2019. Regulation remains one of the biggest drivers of the commercial drone market. New regulations such as Part 107 and LAANC (Low Altitude Authorization and Notification and Capability) in the US last year have lowered the barriers to entry for drone pilots and have enabled the industry to have quick response to access restricted airspace. Removing restrictions to fly BVLOS, especially over people and at night would significantly expand the value proposition of drone operations. US and European regulators are developing standards to implement a Remote ID requirement for commercial and recreational drones, which many in the industry see as critical to launching a UTM system in the coming years. This would scale large infrastructure inspection and enable exciting new use cases such drone package delivery and flying cars. While progress is expected on the regulatory front, full integration will likely take a few more years. Meanwhile, industry players can obtain waivers for BVLOS to expand their operations. PrecisionHawk and BNSF received the first FAA BVLOS waivers in 2016, and more than 23 have been approved in the US year-to-date based on the ability to conduct drone operations safely.

3)           Urban mobility and Smart City applications are emerging as a key long term growth driver. UTM is also critical for enabling safe Smart City and urban mobility. In Europe, traffic congestion in urban areas is estimated to cost 100 billion pounds per year, according to PwC. Many European urban planners see drones as part of an integrated and multimodal transportation. CIVITAS, a network of cities dedicated to cleaner and better transport in Europe, and European Smart Cities and Communities (EIP) Urban Air Mobility are leading urban mobility pilots and developing safe and specific corridors for repeatable flights for parcel deliveries and flying taxis.  Several passenger drones are expected to be commercially available over the coming years if safety and regulatory hurdles are cleared. Companies developing passenger and delivery drones include large aerospace, technology companies and start-ups. Significant regulatory progress was made very recently as Wing, Google’s Alphabet spinout, became the first certified Air Carrier for drones in the US, which will pave the way for consumer drone delivery.

5)           2019 will be the year of autonomous drones, new sensors, data integration and AI analytics. Smaller and more affordable sensors (LiDAR, thermal, hyperspectral) are driving an explosion of new data and capabilities. To automatically ingest the data and extract value and insights, we see more software companies focused on data management, integration and analytics based on Artificial Intelligence (AI) and machine learning. Semi-autonomous drone or multi-drone operations capabilities are emerging to help enterprise to scale operations and capture data over large area and hard to reach and complex infrastructure inspection.

6)           Expect further consolidation as Telcos, Tech giants and well-funded startups look to expand into new markets. We expect industry consolidation to continue in 2019. Large corporates such as Verizon have demonstrated that drone could be a key enabler to expand into large new markets with the acquisition of Skyward. Telecom companies seek to provide connectivity to the growing drone industry and see drones as a key part of the fast growing IoT market. While chipmakers like Intel is leading drone industry regulations and data platform, it has formed partnerships and invested in multiple drone companies in the value chain.  Well-funded startups like PrecisionHawk made four acquisitions last year to create end-to-end solutions and expand into new market verticals. Lastly, more and more large enterprises are shifting from outsourcing drone operations from independent drone service providers to developing programs in-house. This trend will likely drive consolidation of companies selling to the service providers.

At Seraphim, we made several strategic investments in this sector. See our article "Drone Investment Trends; FAA Reauthorization" from November, 2018 for more information. 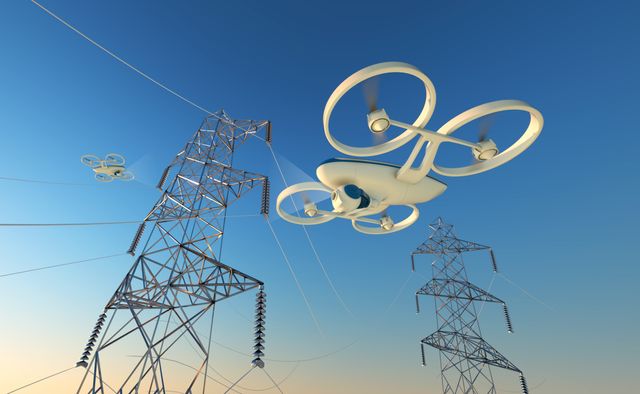