As we celebrate the 50th Anniversary of the Apollo Moon Landing, we are reminded of how this historic event has had a lasting effect in accelerating technology innovations such as rockets, computers and space-age materials. It has also inspired new generations of young people to become scientists. We at Seraphim Capital, a global Venture Fund focused on Space, thought it would be helpful to provide a brief overview of some of the enabling technologies that we can look forward to in the future of Space Exploration.

Most of us have read about future missions involving Space Tourism to the Moon, colonizing Mars and Asteroid Mining. These projects are funded by the private sector and billionaire investors like Elon Musk of SpaceX and Jeff Bezos of Blue Origin, although government institutions like NASA continue to play an important role in shaping the industry.

This is why we invested in LeoLabs and D-Orbit. LeoLabs is building a ground radar network and data services to help satellite operators and governments map space debris and mitigate the risks of collisions. D-Orbit provides space taxis to transport CubeSats as shared rides do not usually put satellites in their most optimal orbits. D-Orbit is also leveraging the same technologies to clean up space debris in the future.

Moreover, everything we need today for a space mission – from tools to food and medicine – has to be made on Earth then launched into orbit. The huge cost of doing that restricts our exploration of the solar system. All that is about to change. Already companies are sending up 3D printers to produce replacement tools in space. Next, we could see factories building products in space or automated robots constructing satellites the size of a football field. There is potential to build habitats on other planets, using their natural resources, or to tap into asteroids to replenish Earth’s diminishing resources. These are the technologies that will take humanity from making temporary sorties into space to setting up a permanent presence there.

In summary below are technologies and services supporting the future of space exploration:

Launch Providers: Access to space remains one of the biggest barriers for commercial enterprises due to cost. There are a number of companies looking at addressing this bottleneck from small launchers like Rocket Lab and Vector that are targeting low-cost and high frequency launch to SpaceX with powerful and reusable rockets.

Space Tourism: Several private companies including SpaceX, Virgin Galactic and Blue Origin are gaining momentum to take humans to space in the coming year. Seven months after Virgin Galactic achieved its maiden voyage to suborbital space, the company announced that it will go public to open space to more investors and astronauts. So far, Virgin Galactic has collected $80 million of deposits from about 600 aspiring space tourists, who pay up to $250,000 each for a few minutes of weightlessness in suborbital space. The entire flight, from takeoff to landing, will last about 90 minutes. Virgin Galactic estimated it could start commercial service in early 2020.

In Space-Manufacturing: Launching satellites and payloads into space is costly; manufacturing and assembling structures on orbit provide life-extension of on-orbit assets or entirely new structures to advance space exploration. Companies like Made in Space and Tethers Unlimited, are already sending up 3D printers to produce replacement tools in space.

In-Orbit Servicing: According to Northern Sky Research, the in-orbit servicing market could reach $4.5 billion over the next decade. Fast-moving technology and evolving customer requirements are driving satellite operators, in particular GEO, to find new ways to extend the life of their fleet through refueling, repairing and upgrading. As smaller and lower-cost LEO satellites go into space, demand for relocation and de-orbit services will increase to maximize their productivity and clean up space debris. However, the lack of government regulations remains one of the biggest challenges for this new market adoption.

In-Orbit Refueling: While established aerospace companies are developing in-orbit services, well-funded start-ups such as UK/Japan based Astroscale are also going after this opportunity. US-based Orbit Fab recently become the first private company to supply water to the International Space Station. This is a big deal as it paves the way for gas stations in space or in-orbit re-fueling that support both existing space businesses (communications and Earth observation) and new industries like space tourism, manufacturing, and mining.

In-Space Habitat Building: Everything we send into orbit is limited by the dimensions of the launch rocket. If we could build in space, we could make larger structures and more spacious space stations. US-based Bigelow Aerospace plans to launch the world’s first space hotel in 2021 that could hold up to six space tourists and researchers. Bigelow has developed and launched an expandable module leveraging NASA technologies that has been at the ISS since 2016.

Asteroid Mining: Exploitation of raw materials from asteroids and other planets has gained momentum lately due to lower cost of spaceflight and dwindling resources on Earth. Companies including US-based Planetary Resources and Deep Space Industries are focused on mining water from asteroids and the Moon. Besides hydrating astronauts, water can be easily turned into rocket fuel (oxygen and hydrogen) simply by running an electric current through it. These companies plan to set up re-fueling stations for missions to the Moon, to Mars or deeper into space. Other companies are prospecting precious metals such as gold. UK-based Asteroid Mining Corporation is planning to launch satellites that will scan space rocks in search of potential goldmines. 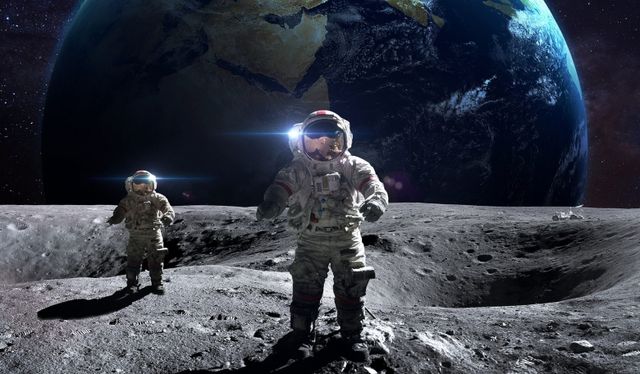