2019 was another year of significant progress in the Space Tech Market with a record $3.8bn of venture capital invested according to our Space Index. Key industry milestones during the year included: 1) leading mega-constellation SpaceX making its grand entrance and launching a record 120 satellites during the year. 2) SpaceX also achieved the first successful test flight for NASA’s Commercial Crew Program, bringing the US one step closer to sending astronauts back to the Moon.  3) Apple joined other tech giants in the space race planning their own satellite broadband constellation. In this article, we review our 2019 Space Predictions published at the beginning of this year. We expect 2020 to be another exciting year. Stay tuned for our 2020 Space Predictions.

Prediction: Expansion of mega VC rounds for emerging leaders in New Space.  What happened: The number of megarounds (VC rounds > $75m) decreased to 7 transactions from 9 last years, but overall venture investments increased to a record $3.8 billion. Average round was higher with launch and constellations startups receiving the majority of the funding. Emerging leaders included SpaceX, OneWeb, Loon, Synspective, Relativity Space and Qianxun Spatial Intelligence. Zipline, focused on healthcare logistics, became one of the best financed drone startups with a $190m round.

Prediction: Let the consolidation begin. What happened: Most of the M&A activities during the year involved established players positioning themselves for new markets. For example, ST Engineer acquired Newtec and Glowlink Communications to expand into 5G and interference detection and mitigation. Echostar acquired Canadian satellite IoT company, Helios Wire, along with its S-band spectrum rights. Verisk Analytics acquired Genscape, for data analytics and market intelligence targeting the commodity and energy markets. In the commercial drone industry, AirMap, a leading global UTM startup, acquired Hangar Technology to expand its platform into enterprise workflow automation.

Prediction: Mega-constellations and record smallsats will launch. What happened: 2019 has been the year of the mega-constellation as SpaceX and OneWeb launched their first satellites. SpaceX has successfully launched a total of 120 of its Starlink satellites, surpassing Iridium as the largest telecom system in space. The company plans to reach global coverage with at least 6 more launches in 2020. On the other hand, OneWeb launched its first 6 satellites in February and has delayed the next launch to early 2020. Other players planning to deliver internet access from space include Amazon and Telesat.

Prediction: Space cybersecurity becomes a top priority for governments and companies. What happened: In April 2019, the US government created a Space dedicated Information Sharing and Analysis Center (ISAC), a public/private partnership to protect critical infrastructure from threats. This highlights the importance of space to national security and its vulnerability to cyber and electronic threats. Space related cybersecurity startups completed fund raising this year include NuQuantum, Crypta Labs and SpeQtral.

Prediction: FAANGs take a bigger bite of Space Tech Ecosystem. What happened: Apple is reported to be entering the satellite broadband business to find new ways to beam data directly between its devices and satellites. This is after Amazon revealing their plans to build a 3,000 satellite-constellation to provide broadband internet connectivity. Moreover, Loon, an Alphabet owned company, is developing high-altitude balloons to provide Internet access to rural and remote areas. The project has received an investment of $125m in Q2 from HapsMobile, a joint venture between Softbank and AeroVironment. We expect FAANGs will become even more active in Space Tech next year.

Prediction: Smallsat launchers – some will skyrocket whilst others flame-out. What happened: 2019 has seen the rise and fall of several smallsat companies in an increasingly crowded market with dozens of startups vying with bigger and established launch companies offering ride-share for smallsats. Most high-profile was the fall of Vector Launch from the US, which declared bankruptcy earlier this month.  On the other hand, leading player Rocket Lab doubled its launch to six from last year, progressing towards reusable rockets with other players planning to double their launch in 2020. One of the largest VC funding rounds was a 3D-printed small satellite launcher. Relativity Space raised $140 million; it is targeting early 2021 for its first orbital flight.

Prediction: China continues to flex its Space Tech muscles. What happened: China started 2019 making history with the first-ever landing on the far side of the Moon, another step closer to the country’s ambition of sending astronauts to the Moon and Mars. China also continued its global lead in launch with 34 launches in 2019, followed by 26 launches from the US. In addition, China nearly completed its Beidou Navigation Satellite System in 2019, which will be able to provide high precision navigation, positioning anywhere in the world in the coming year. Meanwhile, the private space industry is booming with more than 100 companies, which more than tripled from last year. Many are developing reusable rockets, targeting the Chinese market first.

Prediction: Commercial human spaceflight comes to life. What happened: SpaceX Dragon 2 successfully completed the first Commercial Crew Development test flight this year, but the crewed mission was delayed after the recovered capsule exploded during testing. On the other hand, Boeing’s spacecraft Starliner did not achieve its intended orbit after launching last Friday, failing to achieve a critical test prior to flying astronauts to space. Another major story around human spaceflight this year was Virgin Galactic going public through a reverse merger, valuing the company at approximately $1.5 billion. Morgan Stanley initiated research coverage recently with a bullish call saying Space Tourism is an incubator to disrupt the massive airline market with hypersonic travel. 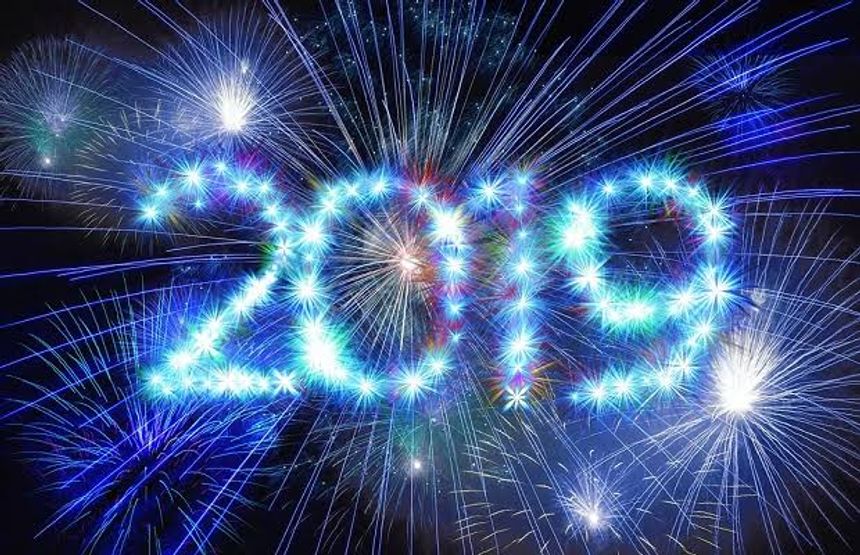