In one of NASA’s most important missions to expand space exploration, the Mars 2020 Rover is scheduled for launch this Thursday, July 30. This mission follows two other successful launches to the red planet this summer. The UAE launched the Arab world’s first mission to study Mars’ atmosphere, while China has a sent a spacecraft with an orbiter, a lander and a rover in its first attempt to land on Mars. If successful, China will be the second country after the US to softly land a rover on Mars.

Why Mars? This mission is part of US’s larger Moon to Mars exploration approach, where the Moon is the proving ground and Mars the final destination. Missions to the Moon are ways to prepare for human exploration of Mars. Through the Artemis program, NASA is charged with sending the first woman and next man to the Moon by 2024 and to establish a sustained human presence on the Moon by 2028.

Mars 2020 is a historic mission for several reasons. It will be the first mission to Mars in search for ancient life. The Perseverance Rover (<2,300 pounds and the size of a small car) is the largest, heaviest and most capable vehicle ever sent to the red planet. It is designed to help us better understand the geology and climate of Mars and seek signs of ancient life. Perseverance will collect rock and soil samples that can be returned to Earth. The mission will also test new technologies to benefit future robotic and human exploration of Mars.

One of the key tech demos will be the Ingenuity Mars Helicopter, the first ever helicopter drone (< 4 lbs) to fly on Mars serving as a scout for the rover. Other tech demos include: 1) The Terrain-Relative Navigation system, which autonomously helps the rover avoid hazards during landing, 2) Mars Science Laboratory Entry, Descent, and Landing Instrumentation 2 (MEDLI2) sensor suite, which gathers crucial data during the journey through the Martian atmosphere, 3) Mars Environmental Dynamics Analyzer (MEDA) instrument suite, which will provide key information about weather, climate, and dust, 4) the Mars Oxygen In-Situ Resource Utilization Experiment (MOXIE) aims to produce oxygen from Mars' carbon dioxide atmosphere, demonstrating a way future explorers might produce oxygen for rocket propellant as well as for breathing.

It is a truly exciting moment: three historic missions to Mars from three different countries this summer, all forging ahead in spite of extraordinary challenges from the corona virus pandemic.

NASA is inviting the public to take part in virtual activities and events ahead of the launch on July 30th, as well as live coverage and countdown. I don’t know about you, but the Seraphim team is super excited to be part of the New Space Revolution.  We will be watching! 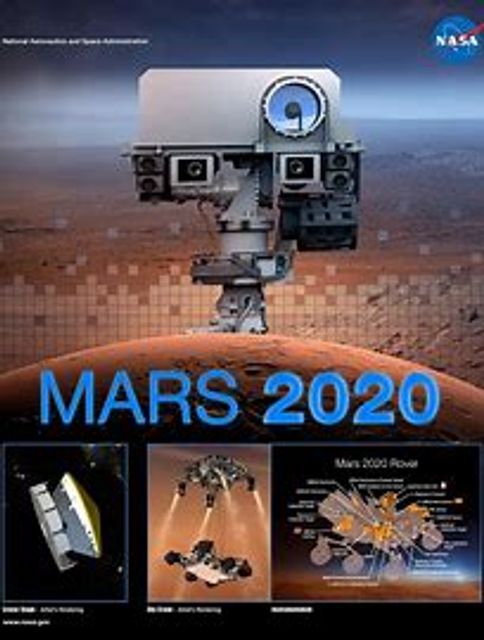 What Role Will Satellites Play in the Booming IoT Market?
Josephine Millward
Recent posts from SeraphimCapital