The commercial drone industry closed out 2020 with positive news on the regulatory front. In the US, the FAA released its long-awaited final rules for Small Unmanned Aerial Systems (UAS) before year-end requiring Remote ID, a digital license plate, to identify and track drones in real time and allowing flight over people and at night. Across the pond, the European Union standardized drone regulations across the continent on January 1, 2021. This includes the UK and other member states of the European Aviation Safety Agency. Previously, the different regulations in European countries caused confusion and slowed adoption in the EU. Although the industry has a two-year transition period to implement the new rules, this is positive news as they support safe integration of drones into the national airspace. The new rules will enable more complex UAS operations and higher value opportunities.

In addition to these favorable regulatory developments, 2020 was a year of significant progress for the commercial drone industry, despite a global pandemic negatively impacting the economy and disrupting supply chains. As COVID-19 shut down global travel and commerce, governments and businesses embraced autonomous drone technology to maintain delivery of essential services and improve worker safety and operational efficiency. Public perception has also improved from media coverage of drones assisting COVID-19 relief efforts.  Industry events in 2020 have highlighted new trends and applications of drone technology that will have a significant impact in accelerating commercial adoption in 2021, especially in four areas, 1) drone delivery, 2) drone inspection, 3) public safety/first responder and 4) UTM (Unmanned or Unified Traffic Management), an air traffic management system allowing drones and aircraft to operate safely in shared skies; critical in enabling the widespread adoption of drones and open up Beyond Visual Line of Sight (BVLOS) drone operations.

Indeed, instead of slowing down commercial drone adoption, the pandemic provided an opportunity to demonstrate the value proposition of autonomous drones when deployed at scale. In particular, drone delivery has been rapidly embraced where customers previously hesitated. Governments and major industries deployed drones to fill logistics gaps around the world from Africa to China. Given the additional benefit of contactless delivery with drones, trials for prescription medications, COVID test kits and even consumer goods are being conducted in the US for vulnerable/senior and even suburban communities. For example, DroneUp, Walmart and Quest Diagnostics are piloting delivery of COVID-19 at-home self-collection test kits to residential homes. Lessons from the program will help determine how to use drones not just for pandemic response, but also healthcare and retail delivery in general. The public feedback has been very positive with most people asking for the delivery services. In the UK, partnerships involving organizations such as the NHS (National Health Service) and Royal Mail flew drones to islands and remote communities around the coast of Great Britain, delivering and collecting medical supplies and test samples.

Essential industries such as utilities and telecom have had to figure out quickly how to continue work without interruption. They adapted to pandemic lock downs with a few employees on-site and most of the teams working remotely using data collected by drones for site inspection and critical infrastructure monitoring. Governments have also been supportive of using drone tech to deliver essential services. For example, the FAA moved quickly to support drone inspection and issued its first COVID related waiver for remote inspection beyond visual line of sight (BVLOS) within 24 hours after request by an oil & gas company. In addition, technology advances in automation are enabling precision landing, collision avoidance and navigation without GPS. Powered by AI and Computer Vision, drones can automatically detect and tract objects or anomaly, help solve complex problems and deliver much higher value proposition than just flying cameras.

An unprecedented global pandemic, increasing frequency and intensity of natural disasters and technology innovations have all contributed to more drone operations for public safety. Drones are used by first responders for everything from COVID-19 detection/tracking, law enforcement to emergency response (search and rescue and natural disasters) as they deliver critical capabilities such as situational awareness and contactless delivery at a fraction of the cost of manned aircraft. Advances in AI autonomous flight, led by startups like Skydio, has been another driver for public safety adoption as it requires minimum training to fly safely and allows drones to fly in complex environments where manually piloted drones cannot go. According to a survey by DRONERESPONDERS, 11% of public safety agencies now include Skydio drones in their fleets, second only to DJI, after less than a year in the market. We see continued acceleration and growing demand in the coming year as drones become an indispensable tool and force multiplier for the public safety market.

Finally, technologies to address safety it will play an increasingly prominent role in 2021.  More drones in the sky are increasing the risk of accidents such as collisions with another aircraft and rogue drones. This is because drones’ small form factor and low-profile electromagnetic signature make detection difficult with traditional radar. Therefore, enabling technologies like UTM will help ensure safe operations of both drones and aircraft. For example, Seraphim’s portfolio company, Altitude Angel (AA), a leading UTM tech company, is deploying the world’s first commercial drone super-highway this year in the Thames Valley, to the west of London. AA will showcase its digital “air traffic control” services in open and unrestricted airspace alongside BT’s communications infrastructure. The pilot will be used to demonstrate how drones can be integrated into skies safely, and at scale, which they are not generally allowed to do today. Technologies like AA’s UTM will pave the way for widespread commercial drone adoption, enabling highly autonomous BVLOS drone operations for everything from package deliveries to infrastructure inspections. 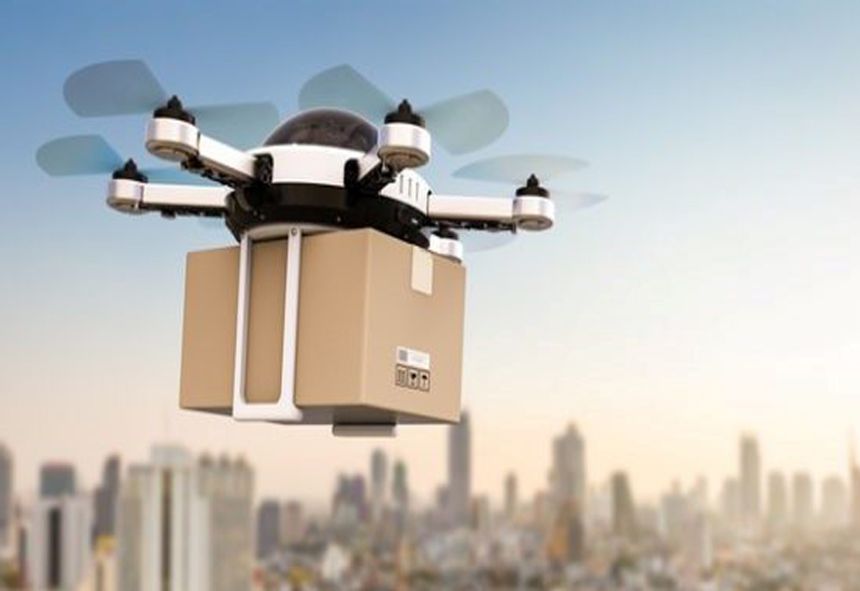 Implications of the Infrastructure Bill for the Space Industry
Josephine Millward