Drones are increasingly becoming an everyday part of our global economy, with use cases ranging from work-a-day inspection services to helping emergency search and rescue and delivering critical medical supplies.  And new, exciting applications are continually being developed; one example is a new class of green and well-funded larger electric and hybrid vertical take-off and landing (eVTOL) aircrafts which could be significant game-changers in aviation and air mobility.

What is driving the breathtaking advancement in the drone market?  Put simply, it is technology, regulation, and capital, all being supported by a US policy environment favoring domestic players. First, technology advancements are driving down costs and improving capabilities. The advent of 5G brings seamless communication for drones, improving air traffic intelligence and enabling near real-time data transmission. Second, drone regulations are key to driving the industry forward and they’re evolving around the world to support expanded drone operations. In the US, the FAA is gearing up to field-testing new drone traffic management capabilities in the spring and is on the cusp of defining rules for flying Beyond Visual Line of Sight (BVLOS) drone operations. We are optimistic that 2022 will bring us closer to BVLOS regulation opening up new and high value applications.  And finally, last year, investments in drone startups nearly tripled to a record $7 billion with eVOTL passenger drones as a key driver.

Personally, I am excited about advancements in autonomous drone operation and integration of different sensors, data sets and even other unmanned platforms (multiple drones or robots). They will deliver actionable insights and drive real enterprise operating efficiency.  Imagine using a drone for early detection of drought using AI and this information prompts sending out a spraying drone to solve the problem; or drones delivering groceries or packages directly to our doorsteps; or hopping on an electric flying car to get into town in 10 minutes rather than hours of sitting in traffic.  Fanciful?  Maybe, but the industry is moving beyond what we could have imagined a few years ago and the future is looking bright. Here is a summary of the state of the commercial drone industry and what to look for in the coming year.

2021 was the year drone delivery took off after a decade of development, test and trials, according to Google's Wing. In fact, COVID-19 actually accelerated drone delivery as businesses looked to drones to help with logistics problems in the supply chain while demand for contactless delivery of goods and services range from retail, food and medical supply skyrocketed. Other drivers of drone delivery include lower cost, more rapid and green delivery. Momentum in drone delivery is continuing this year with many large corporate piloting and expanding their test services. For example, Zipline is expanding from critical medical supply delivery in Africa to a global logistics company. Google’s Wing made a record of 140,000 deliveries last year, a 600% y/y increase, and it’s planning with retailers like Walgreens to do on-demand store to door deliveries. Retail giant Walmart has partnered with DroneUp for delivery by air in 30 minutes, while Supermarket Kroger partnered with Drone Express to launch their first autonomous grocery delivery. Other leading delivery drone companies include Flytrex, UPS, Wincopter, DHL, FedEx, Flirtey and Matternet.

Urban Air Mobility (UAM) is driving record investments in the drone industry.  According to Drone Industry Insights, drone startups received record investments of close to $7 billion in 2021, almost triple from the prior year. Of this amount, more than $5 billion were invested in large electric or hybrid commercial passenger UAMs, including the SPAC IPOs of Joby Aviation, Lilium and Archer.

The rise of UAM is driven by demand for efficient and sustainable mode of transportation and logistics in increasingly densely populated urban areas around the world as the environment becomes more polluted and roads more congested. These electric vertical take-off and landing (eVTOL) aircrafts are quiet and carbon free and could transform aviation over the long-term. Large aerospace companies have either invested in this business or are working on developing their own. Boeing recently invested $450M in Wisk Aero while Lockheed invested in hybrid electric aircraft builder Electra. With more than 200 companies developing eVOTL, UAM is increasingly seen as a future option for affordable, rapid and sustainable intercity travel, and some companies are looking to launch their services as early as the end of 2022.

Other key use cases of commercial drones are inspection, mapping, and surveys. Drone inspection continues to accelerate as companies turn to drones for digital twin and to improve work safety and productivity in vertical markets such as energy, agriculture, and construction. The number of enterprise users on the DroneDeploy platform, the leading enterprise drone data company, grew almost 80% last year, after nearly doubling in in 2020.

Technological advancement, particularly Artificial Intelligence (AI), is driving new use cases and extending existing applications beyond basic services.  As part of this process, we see continued expansion of drone inspection as a key driver in 2022 through technology improvements in sensors, (AI) Artificial Intelligence/ML and 5G together enabling autonomous flight for asset inspection, data collection in hard to reach and dangerous locations.

Autonomous, AI-driven, lower cost and more capable drones such Skydio and Percepto are opening up new use cases, enabling faster and better measurement, ability to fly close to the structure for inspection. Advance software and cloud computing ingest multiple data stream from drones carrying multiple sensors (RGB, multispectral, hyperspectral and thermal), and integrate them with other data sources such as satellite imagery to deliver timely insights.

The biggest challenge for the commercial drone industry remains policy and regulation. Drones need to fly Beyond Visual Line of Sight (BVLOS), at night and over people to scale. It is impossible to inspect miles and miles of pipeline or make last mile delivery without BVLOS. The FAA announced an Unmanned Aircraft Systems Beyond Visual Line of Sight Operations Aviation Rulemaking Committee (ARC) in June last year, and it is is expected to publish its proposed rules in the coming year for public feedback, according to the Commercial Drone Alliance. In the US, drone delivery operators can obtain certification with the FAA for Part 135, which allows them to scale their operations by flying multiple drones and Beyond Visual Line of Sight.

Because of rapid technology innovation and global policy support to safely integrate drones into the air space, despite the hurdles, flying passenger cars could become available in the coming years as regulations around the world are progressing towards a future with an Urban Air Mobility ecosystem. Joby Aviation appears on track to be the first eVTOL to receive FAA certification since engaging the FAA almost a decade ago to lay the groundwork for this emerging industry. Flying passenger cars typically require three kinds of regulatory approval in most countries including a type certificate to approve the design of the aircraft and all component parts, production certificate and an airline style operating license.

Seraphim’s portfolio company, Altitude Angel, is a leading UTM (Unified Traffic Management), technology provider, enabling the integration of drones and manned aircraft to safely share the skies and driving adoption of commercial drones. Its platform is now used in 152 countries around the world, enabling hundreds of thousands of safe flight operations every month. 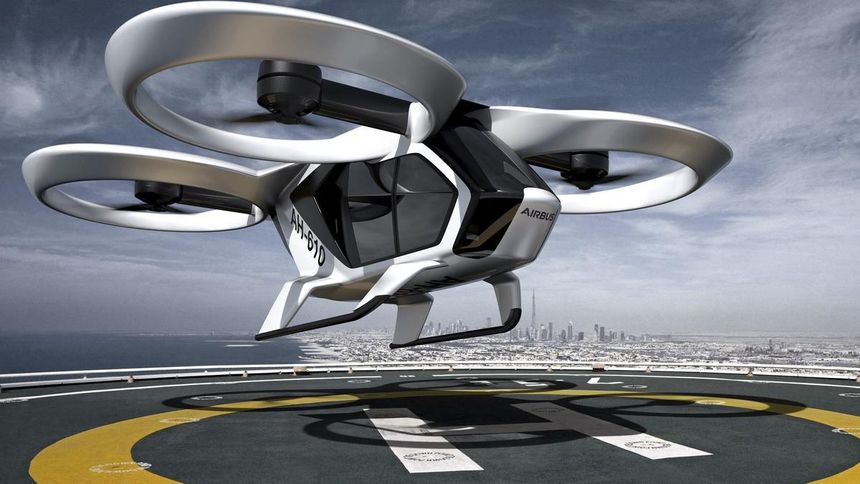 Implications of the Infrastructure Bill for the Space Industry
Anonymous