Today, the European Space Agency (ESA) announced its class of 2022 astronauts, including five career astronauts, 11 members of the astronaut reserve, and one paralympic athlete from the UK. The 17 astronauts were chosen from over 22,500 applicants across ESA member states. These were the first new recruits in 13 years - UK astronaut Tim Peake being one of those announced in the class of 2009.

The new class was announced in Paris earlier today after a two-day ministerial meeting on ESA's new budget. In this meeting, it was announced that ESA would be receiving €16.9bn (£14.6bn, $17.5bn) from its member states to fund rocket launches and satellites as well as planetary research.

Most of the applications came from France, followed by Germany and then the UK. Of the chosen class, three are British, while there are two from each of France, Spain, Italy and Germany, and one astronaut per country from Belgium, Austria, Switzerland, Czech Republic, Poland and Sweden. John McFall, UK paralympic runner, was chosen to be part of the "Parastronaut Feasibility Study", an extremely important step towards greater inclusivity in access to space. The career astronauts will become full-time ESA employees, while the reserves may be called upon for future missions.

So why was a new class of astronauts recruited, that too after 13 years? ESA wants to grow its team to ensure that spaceflight contributes to a 'circular economy' - meaning a more sustainable approach to global issues. This is one of the reasons for recruiting the first parastronaut, to study how space access can be extended to people historically excluded from the strict physical criteria usually required in order to go to space. ESA aim to enable “the peaceful exploration and use of space for the benefit of everyone”.

This extends to NASA's Artemis program, for which ESA is a key partner, and European astronauts have three guaranteed flights to NASA's Gateway space station which will be built in orbit around the Moon. It is possible that one of the new astronauts announced today could be the first European person to walk on the Moon. It is also notable that almost half of the new recruits are women, versus only one in the class announced 13 years ago. One of the Artemis program's goals is to have the first woman walking on the Moon.

All in all an exciting news day from ESA and we look forward to keeping up to date on the new recruits' journeys through training and ultimately into space. 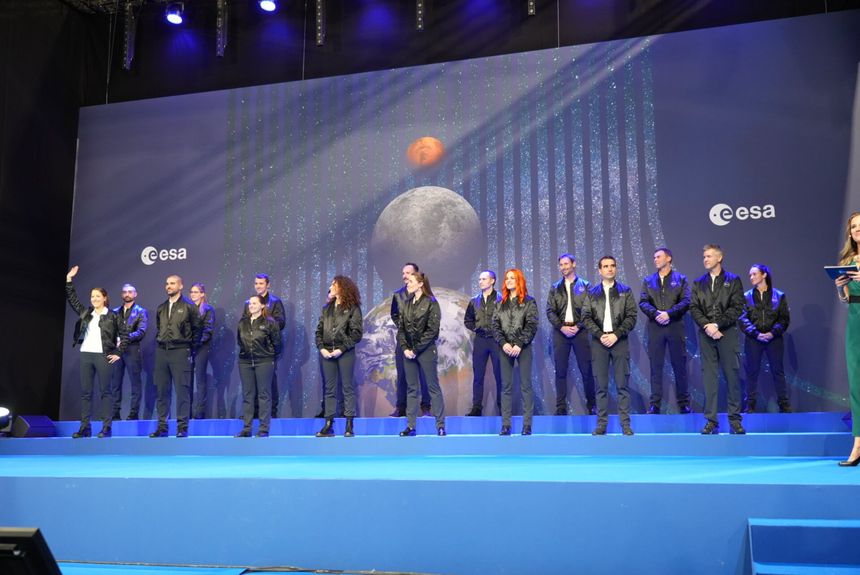 In this new class of 2022 astronauts are five career astronauts, 11 members of the astronaut reserve and one astronaut with a disability.